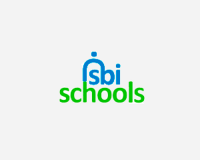 Three Culford pupils have been crowned Eastern Regional Champions in a national STEM competition hosted by Shell. The Bright Ideas Challenge required entrants to come up with an new initiative for cleaner, more efficient cities in 2050. Various pupils from Culford’s STEM club came up with some brilliant and innovative ideas to put forward in the competition, with a group of Fourth Form (Year 9) pupils winning.

Pupils Michael Ahrens, Ciaran Rees and Joshua Lewis were awarded the East of England regional award. Collectively called Windy Solutions, the three came up with a concept of multi-functional wind turbines on rooftops that would be able to source a continuous supply of filtered, clean air to offices.

For winning the competition, the boys were awarded a tablet computer each and also have the opportunity to go on a fully funded trip to Shell’s Make the Future Live event on Thursday 25 May 2017. The group have also won Culford’s Science Department a £1,500 grant towards STEM research; something that is going to be invaluable for many pupils interested in STEM research.